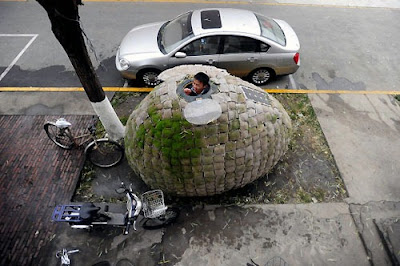 Innovation has driven technology to higher heights and has greatly increased the standard of living in our lives. It has made a lot of things easier and cheaper. In the the recent years architects have been searching for the solution for a eco friendly sustainable home. Unfortunately most current solutions have a very high cost which usually deters a lot of people.

One architect in china has found a way to design a house stripped down to its bare necessities. Although after reviewing some of the photos I have some concerns about where he would go to take a bath or leak. I think his design of the egg house is one step closer to providing some form of shelter to a lot of homeless people.
source: Yahoo
No comments:
Email ThisBlogThis!Share to TwitterShare to FacebookShare to Pinterest
Labels: Architecture, egg house

I've always dreamed of owning my own Island. I never thought that a person could really won one, if he has the cash to pay for it.

One tree, a few sheep, a 20 by 20 foot platform for pitching a tent, and a mooring in the cove. The rest is grass, rocks, and 360-degree views of the ocean and bay.

The turquoise-colored roofs you see in the picture are open-air sitting areas with decks, chairs, and a campfire cooking area. But the island also comes with a 38-foot houseboat, not pictured here, that sleeps 4-5 people. Great reefs nearby for snorkeling. All the seafood you can eat.

A two-hour drive from Toronto, this island features a two-bedroom, two-bath cottage with a glassed-in porch overlooking the water, a separate guest cabin with bathroom, hot tub built into the rock outcropping, and a boathouse with deep water mooring. Running water, electric, a septic field. And it has wireless Internet access. So you could get away from it all, but still check your e-mail, Facebook, and Twitter accounts.

There are 1,400 lakes in the Thousand Lakes region of upstate New York. But few of them come with a 6,500-square-foot mansion -- ten bedrooms, four bathrooms, plus a boat house and dock. About an hour-and-a-half drive from either Syracuse or Montreal.

Notice the lagoon that separates the west side of the island from the east. On the west side sits a studio home and a guest cabana with an electric generator. The east side is undeveloped. Marina and airstrip are a 15-minute boat ride away, on the main island of Abacos.

A 30-minute boat ride from the city of Vancouver, this island is up for sale to developers, with an approved subdvision plan.

No comments:
Email ThisBlogThis!Share to TwitterShare to FacebookShare to Pinterest

I have been browsing the net for modern furniture and came across this video about a furniture company offering multi purpose furniture. I took a look at the video and was amazed by how innovative and practical their designs were. Although most of there designs looks so simple it requires precision designing in order to achieve those multi functional furniture.
The furniture found in their catalog are very useful especially to those small apartments where space is limited. They have all sorts of furnishings ranging from sofa, beds, tables, and cabinets. It also helps organizes the interior and lessens the clutter in the interior space since the furniture has multiple purposes. Whats unique about their product is you can integrate the furniture in your designs and add it to the unique features in your interior. It also takes up very minimal space and are perfect to enhance the interior space since they are well designed and simple to use.
To check their product line kindly visit their website at:
www.resourcefurniture.com/
11 comments:
Email ThisBlogThis!Share to TwitterShare to FacebookShare to Pinterest
Labels: furniture, interior, Interior Design, multi purpose furniture, resource furniture, space saving furniture

Lately I've been trying to cope up with the amount of photos I need to process. I enjoy shooting photographs but I am really lazy in doing the post processing of these photos.

When I take a shot at a scene I usually have something in mind that I want to achieve during post processing, the problem is I really don't have enough time to process each and every one of these photos.

Its a good thing that there are a lot of action scripts in photoshop to help me with the post processing. Even though I use the action scripts to make my work much faster I still do a lot of tweaking to achieve the end result that I want. 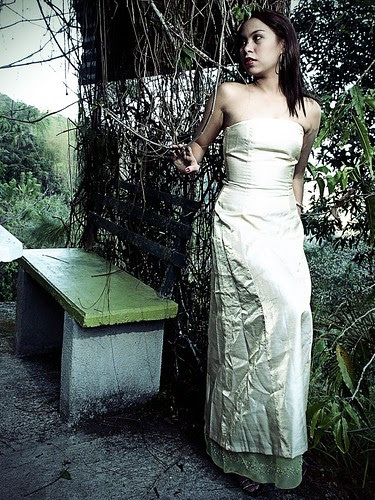