16 Must Watch Design Shows about Architecture

Grand Designs is a British television series produced by Boundless and broadcast on Channel 4 which features unusual and often elaborate architectural homebuilding projects.
The program has been presented by Kevin McCloud since it first aired in April 1999, and more than 200 episodes have been broadcast in twenty series. 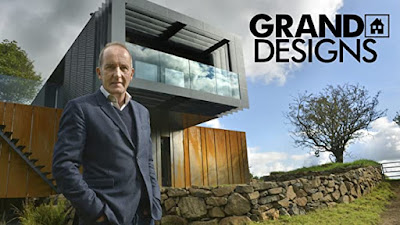 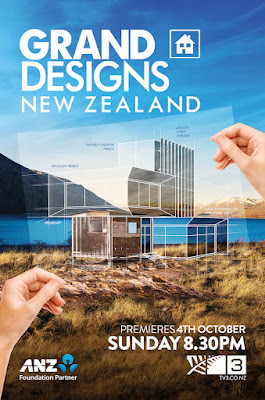 Grand Designs Australia is an Australian spin-off of the British TV series Grand Designs. The show documents people who attempt to build a custom-designed house and the challenges they face. It is aired on The LifeStyle Channel and is hosted by the architect Peter Maddison. 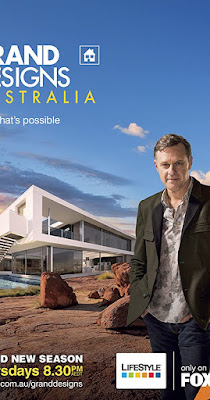 George Clarke matches some of Britain's most unloved houses with some of the country's leading architects, who join cutting-edge conception to a tight budget, proving that great design doesn't have to cost the earth.

6. The World's Most Extraordinary Homes

The World's Most Extraordinary Homes is a British documentary miniseries presented by Caroline Quentin and Piers Taylor and is broadcast on BBC Two.
The documentary miniseries follows award-winning architect Piers Taylor and actress and property developer Caroline Quentin, who explore a range of architect-designed houses in both extreme locations around the world and around various countries.
The first series focused on houses built in challenging surroundings, and how they were designed to respond to these environments, whether built into the side of a cliff, nestled in a forest, perched at the top of a mountain, or hidden under the earth. The second series focused on one country per episode and traveled to different destinations in each nation.
Each episode is themed and named according to the houses' environments or locations. To explore how the designs function both as works of architecture and as real houses, the hosts stay overnight, eat meals, and spend time in the homes."

Building Dream Homes This 15-part series follows some of the nation's architects leading the way in groundbreaking design, as they battle with builders, blueprints, and the clients who hire them, all in the name of making dream properties become a reality. From complex million-pound residential projects to loft conversions and kitchen extensions, this series is on the ground from design to handover as the diggers arrive, the roof goes on, the cantilevered staircase is fitted, and the client walks through the door, with big reveals in every episode. The show crosses the country, picking out some of the most exciting and innovative residential builds happening at the moment and showing first-hand the drama, headaches, and hard work it takes to design and build them. We see the highs and lows that come with taking on such ambitious projects as our architects take on everything from tricky clients to hurricane-force winds. Budget plays a part in every story, so viewers gain an insight into how much builds cost and what can be achieved.

Tiny House Nation is an American reality television series. It is a tiny house movement-inspired series that features renovation experts John Weisbarth and Zack Giffin who assist families around the country building their desired houses that are no bigger than 500 square feet.

Tiny House Hunting is an American reality television series that premiered on the FYI cable channel on December 22, 2014. The series features real estate agents helping people who desire to live a tiny house with their families in response to tiny house movement.

Tiny House World is an American reality television series that premiered on the FYI cable channel on November 21, 2015. The tiny house movement-inspired series features buyers in various locations around the world trying to find the best tiny homes that would satisfy their needs and budget.

When life becomes too stressful, it's time to unplug, unwind, and chill out! In this FYI series, off-the-grid expert and outdoors enthusiast Jay Gruen guides people who are contemplating transitions from harried, urban lifestyles to secluded, self-sufficient existences. In each episode, a couple or family tour three unique properties in remote locations across the U.S. The participants explore an alternative lifestyle by staying in one of the homes for four days, after which they decide whether to buy it or return to the city and plug back in. From harvesting food and tending to livestock, to generating power and creating home goods, the series is packed with useful tips on how to successfully live "unplugged."

The word "extreme" means different things to different people, and to these homeowners it means pushing the envelope as far as possible. From construction to completion, take an up-close look at some of the world's most spectacular houses ever built — including a modern Italian castle, a seaside house made of refrigerator panels, a floating home that was a ferry boat and a spherical house that revolves with the sun — and find out what makes them all so unique.

This 26- minute film series is devoted to the most striking achievements of architecture, from Antiquity to the latest creations of today's great architects. We find there the principle of the Palettes show which was used as a reference at the beginning of Architectures.

15. Living Big In A Tiny House

Bryce the host of this channel is passionate about small space design. He travels to find the very best tiny homes, alternative dwellings, and stories of downsized, eco-friendly living.

Never Too Small is a video channel dedicated to small footprint design and living; featuring award-winning designers and their tiny / micro-apartments, studios, and self-contained projects.
Through smart design and creative use of space, we can transform the way we live and interact with our growing cities; tackling urban overcrowding issues globally whilst improving the quality of life. Never Too Small provides a window into this world for inspiration and leadership in Small Footprint Living.
Email ThisBlogThis!Share to TwitterShare to FacebookShare to Pinterest
Labels: Architecture, Design, Design Ideas, House Design, Unique House Design