Vray Tips: How to Improve Rendering in Vray Frame Buffer 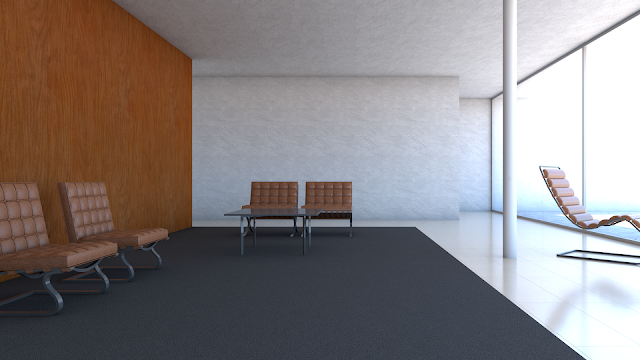 Proper scene exposure is a problem most beginners encounter in Vray. Back when I started learning Vray, my workflow was long and tedious. I did all my exposure corrections manually. If I have an underexposed image, I make changes to the physical camera parameters. I render the scene again and examine the output for proper exposure. It always took me several tries before I get the appropriate exposure.
I've always relied on post-processing to improve the dynamic range of my rendering. Wide dynamic range scenes happen when there is a wide gap between the dark and light areas of a scene, usually in interior scenes, when the outside is visible from the inside. Interior scenes facing windows or sliding doors exposed to sunlight are the typical wide dynamic range scenes.

The narrow dynamic range is the problem with the default Vray rendering settings. The range of the dark and light areas is too limited. Vray clips the highlights and the blacks when there's a massive difference between the two.
My workaround for this problem before was to apply exposure bracketing, which will transform my rendering into a high dynamic range rendering. My previous workflow to expand the dynamic range was to make a proper exposure in the dark areas, resulting in overexposed areas on the highlights. Then I'm going to make a separate scene based on the bright spots. This second scene will retrieve all the details from the previous overexposed scene. I combine the two scenes in Photoshop to create a balanced high dynamic range scene.
Vray provides a great tool to address both problems, allowing the correction and bracketing of exposure post rendering. It reduces rendering time and improves workflow within Vray. User can make adjustments after the rendering. It's a powerful post-processing tool that can enhance the output without the need to render the scene again. Vray frame buffer also has lens effects that allow users to improve the scene by adding effects.
Correction Controls

Correction Controls are the tools you will need to adjust the scene after rendering. To activate this tool, click on the first icon on the bottom right corner of the Vray Frame Buffer.
Exposure Controls

The exposure control allows the user to adjust the under-or over-exposed scene. Users can adjust exposure without the need to render the scene again. The default settings for the exposure value are zero.
Sliding the exposure to the right will brighten the scene. Moving the slider to the left will darken it. This tool is handy if the exposure is the only problem on the scene.

Levels control the exposure range of a scene. It can widen the range between the highlights and the blacks, widening the dynamic range. The graph in the level correction tool is the histogram of the scene, and the dark areas are the left-most side of the histogram, while the light spot is the right-most. The red, green, and blue graphs represent the exposure of each channel on the scene.
The default value for blacks is zero, while the default value for highlights is a positive one. These two sliders define the absolute black and white areas of the scene. In the histogram below, the initial position of the highlights slider is close to the dark slider. The graph extends further to the right after the highlight slider. Everything located on the right side after the highlight slider is white. Users can't see these details in the rendering. A blue graph in the farthest right corner of the histogram below needs recovery of details.
To expand your scene's dynamic range, all you need to do is slide the highlight slider to the right. Slide it until it reaches the lightest part of the histogram. After this change, you will notice that your scene is going to be darker. As a result of the widening of the dynamic range, the midrange areas have darkened. To recover the midrange exposure of the scene, we will explore the curve correction of Vray.

Users can activate the lens effect by clicking the bottom right-most icon on the Vray Frame buffer.
Bloom/Glare Effect Controls 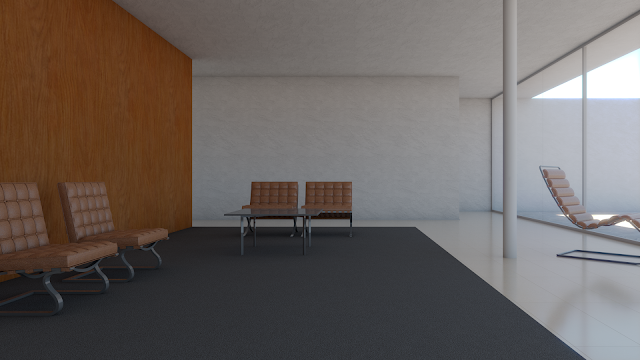 Comparing the edited output to the original output will notice a lot more detail on the highlight areas. Simple adjustments made earlier have given more information in the rendering. We made exaggerated adjustments made in this tutorial to emphasize the effects of these settings. It is essential to know the basic functions of these settings to achieve the desired output.
Credits to the following:
Sketchup  Modeled by ROS
Designed by Mies van der Rohe for the 1931 Berlin Building Exposition.
Vray Version 4.20.01
Email ThisBlogThis!Share to TwitterShare to FacebookShare to Pinterest
Labels: 3D Tips, 3D Tutorial, sketchup tutorials, tutorial, Vray